Deep Shape - Infratonal
Multidisciplinary artist wondering how what makes us human can dialogue with the algorithm to create a visual and musical hybrid artwork
137
portfolio_page-template-default,single,single-portfolio_page,postid-137,bridge-core-2.7.1,qode-page-transition-enabled,ajax_fade,page_not_loaded,,qode-theme-ver-25.6,qode-theme-bridge,disabled_footer_bottom,wpb-js-composer js-comp-ver-6.6.0,vc_responsive

This piece explores the sensitive control of digital creation and seeks to recover an instrumental interpretation’s emotion through gesture. It also seeks to extend the notion of interpretation to the image and put the visual and the sound on the same level of control.

For this project, I wanted to explore the gesture of drawing as a modality of real-time interpretation of both a visual universe and a musical piece. The aim here is to find a common gestural language between the two interpretations. For this piece, the idea was to give a temporal dimension to the drawing by generating a dynamic form linked to harmonic developments. The two modalities can thus exchange on the same temporal dimension.

Both sound and visual universes are profoundly configurable and result from generative processes allowing their arrangement in real-time from the gesture. The aesthetic work was focused on a research correspondence between the forms. This piece is carried out by defining a common vocabulary then adapted to both visual and musical forms. It is inspired by a virtual displacement within the form, appearing and dissipating with the gestures and playing with a “sound frequency layering” on the musical side. 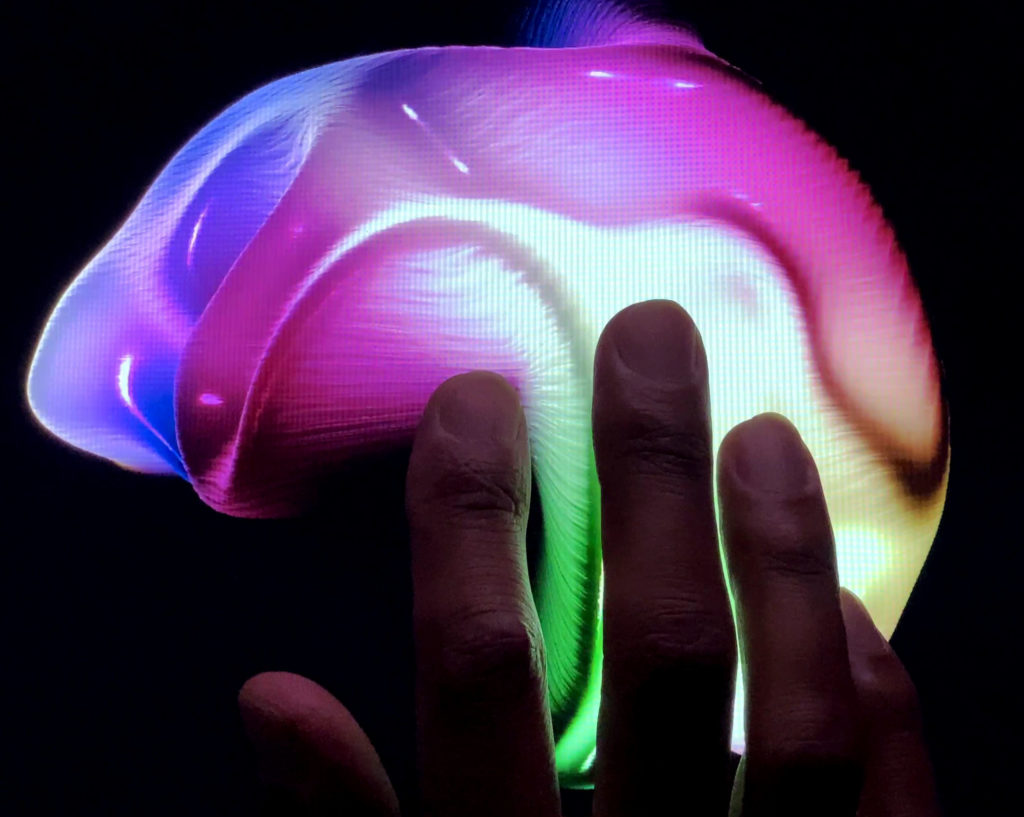 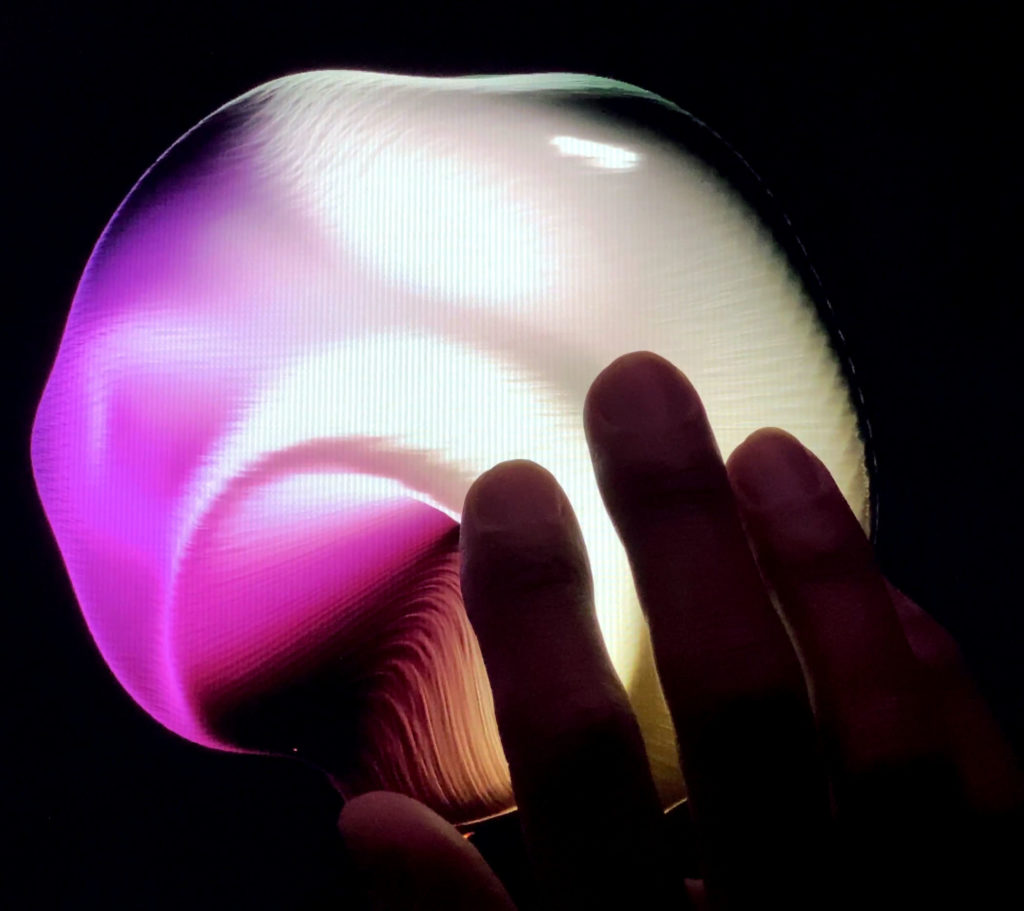 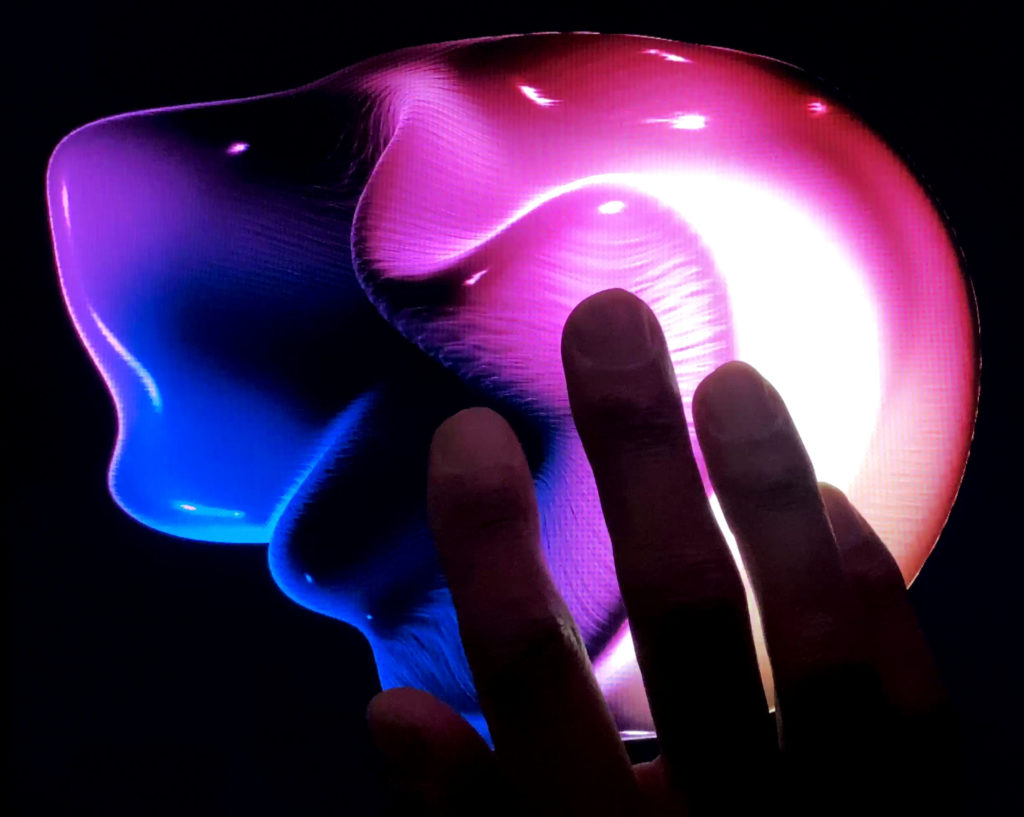 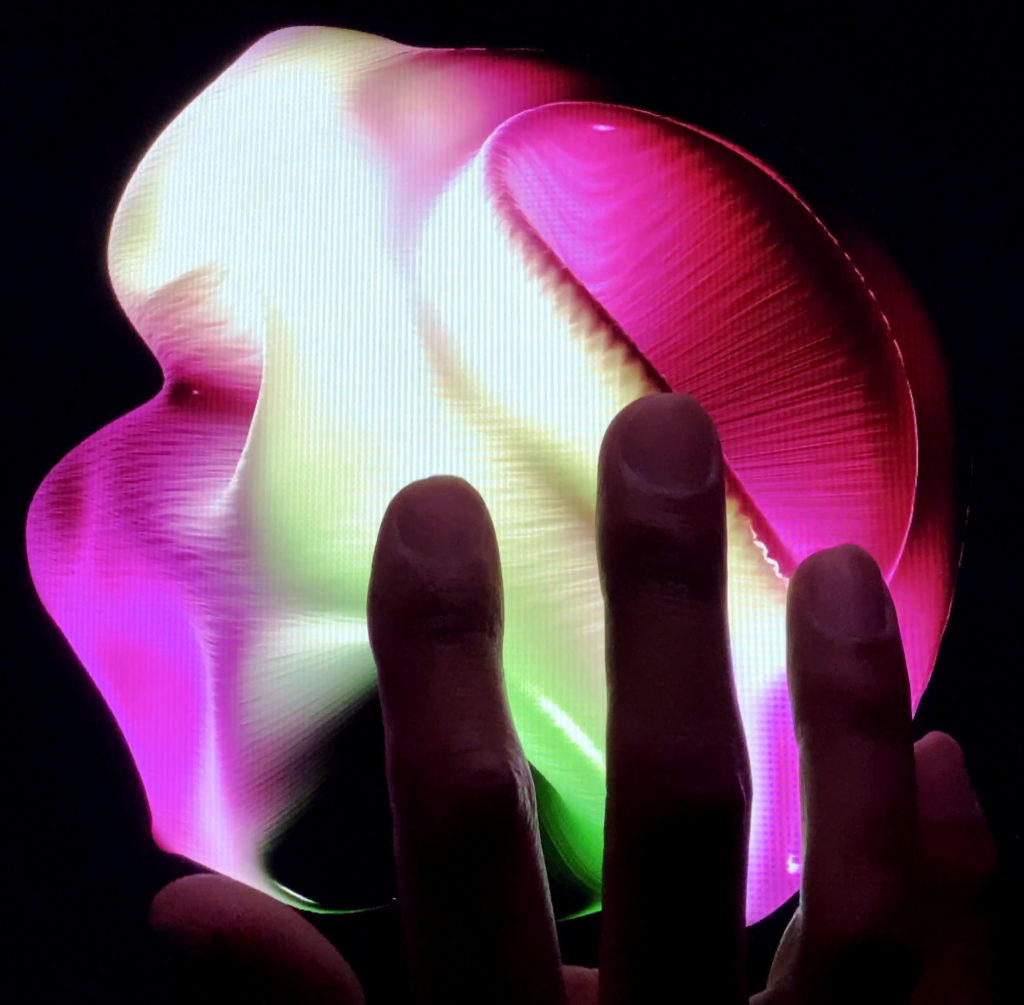